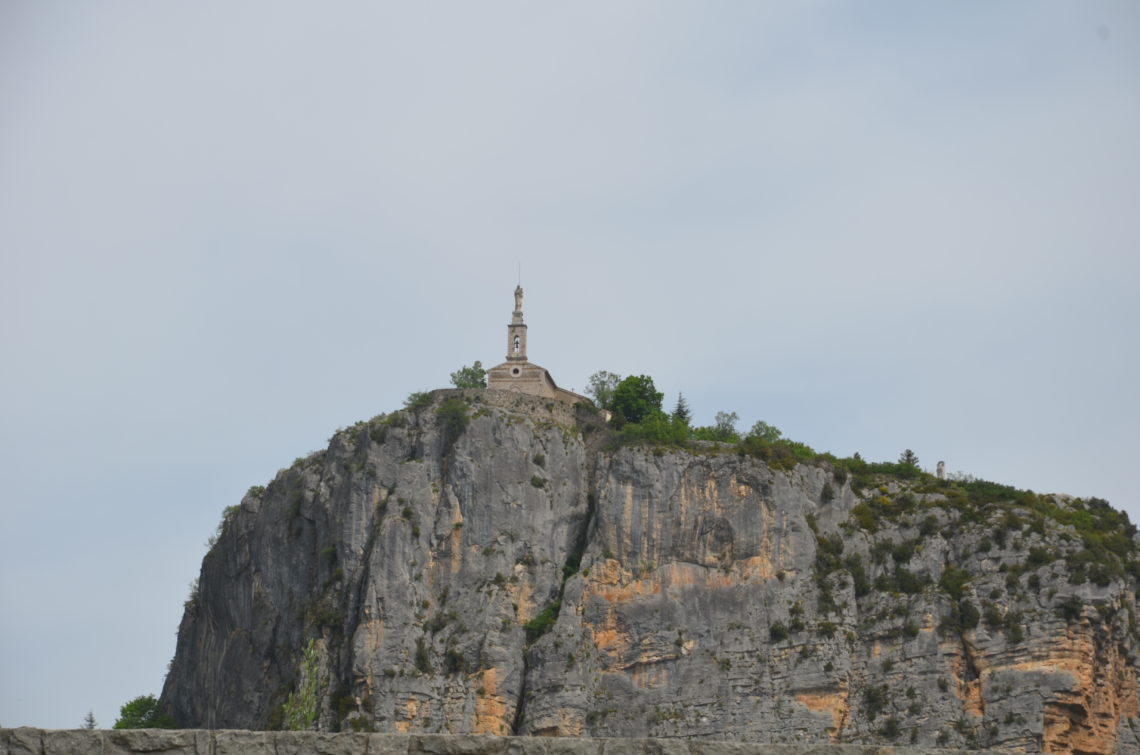 France has so many beautiful regions to explore! A few years ago we visited the Gorges du Verdon region in spring. Our lodgings were at campsite RCN Les Collines de Castellane in the town of  Castellane. The weather was warm already (most days even hot) and there is plenty to do in the Gorges du Verdon with kids.

A visit to the Gorges itself is not described in this article. We planned that for the last day of our trip, but since rain was predicted, we weren’t in for a day out on the water. So no Gorges, but a visit to grottes and Grasse that day. Things to see and do in Nice would also be perfect with Castellane as a base.

The first fun thing we undertook in the Gorges du Verdon with kids was a small walk. At the end of the campsite was a path to a small waterfall. It was a short walk of about 30 minutes with lots of shade. Which was great, since it was hot. There are no signs indicating the route, but it’s a pretty straight forward path. The concierges of Koko Holidays recommended visiting this small waterfall. There’s no entrance fee, the path is not very crowded.

We liked the small walk, Yuri liked the view, but in his opinion it was too warm for walking. It’s not a ‘bucket list item’, but fun to do. If you’re looking for a break from swimming, this is something to consider.

Parking is on the campsite itself. We wore sandals, which was not so great, since it’s a gravel path you’re walking on. I hate gravel in my shoes. You have to bring your own water.

When arriving at Castellane it’s hard to miss the Chappelle N.-D.-du-Roc. It’s perched up high on a rock towering over Castellane. You cannot but be mesmerized by the church. The second thing we did in the Gorges du Verdon with kids was another walk.

So when we learned there’s a walkway up the mountain leading to the chapel, we just had to do it. Since it was hot we decided to start our walk at the end of the afternoon. It was still hot, not the whole path uphill was shaded, only parts. We took plenty of water with us, you can’t buy any en route.

The views are spectacular, the path goes around the mountain, so you have views looking over Castellane and on ruins in the mountains.

The Chapel is pretty, the doors are always open, so you can have a look inside. There’s lots of people ringing the bells, but a plaque says you’re not allowed, since the sound of the bells ringing travels pretty far and people are ringing the bells all hours of the day.

The rock on which the Chapel stands is 184 metres high and is steep. The Chapel is from 1703. The Chapel of our Lady of the Rock is from the Middle Ages, but part of it is still from the 12th century. The route takes about an hour to an hour and a half. We parked on the edge of Castellane, where there is a big, free parking lot. The church and walk are admission free. Castellane is on the D4085 on the Routé Napoleón.

3.Walk in the Tunnel du Fayet

The tunnels run through and besides the rock. They are dark and have puddles in them. We had flashlights with us. There are lookouts from the tunnels on the gorge and those views are great! We started our walk at Point Sublime and descended towards the gorge. The views on the gorge are beautiful, we enjoyed it immensely. This first path is covered with trees and scrub. When it clears, which it does several times, you have an amazing view.

After crossing a street you’re at la Mescla, where the tunnels start. The path between the tunnels is a gravel road, the tunnels and the stairs leading down in the gorge and up to the tunnels are made of concrete.

We walked this route in 2 days, not because it was too long or hard to walk in one day, but because we had some bad luck. The first day we walked with friends and while walking down from Point Sublime a friend had low blood sugar. He didn’t bring anything to counter it so we had to stop our walk.

The next day we started at la Mescla and walked part of the path through the tunnels and then turned around. We walked for about 2 hours the second day which was enough for our son.

The first day we parked at Point Sublime, on the route de Moustiers. Parking was free and there was a rather large parking lot. A kiosk on the parking place and a restaurant. This is the only spot you can get something to eat. We brought our own water and snacks. The second day we parked at La Mescla, which was harder. Not much space, you had to park at the side of the road, and a lot of people were doing that. It’s free however. Yuri found it too hot to walk, the tunnels were better.

The route is parth of two larger walking routes. Gr 4 from Point Sublime down to La Mescla. From La Mescla we walked a small part of D71.

These caves were good to escape the heat. The caves aren’t spectacular, but they are fun and nice to visit in an hour. The usual things to see, like bacon and eggs shapes, are there. Next to that there’s a small, nice waterfall inside the caves and two green lakes (small ones). The path through the caves was fun, easily doable with a child, in some places narrow and slippery since it was wet.

The path through the caves is a self guided tour. They have bizar music playing and gargoyles and animals on display. Yuri found the music scary, but after he was carrying the big flashlight it was ok.

Parking is free and near the entrance. Signs are clear, the way up to the caves is a small gravel road. Near the entrance are picnictables shaded by trees. We had a lovely lunch there.

At a kiosk you buy entrance tickets (adults 9,50 euro, kids 3 to 15 6,00 euro for 1 hour entrance). After you walk a small path you get to the entrance to the caves. It’s one way in the caves, the exit is somewhere else. There are plenty of stairs and a lot of height difference.

The last of the things we undertook in the Gorges du Verdon with kids was a museum visit. Grasse is the parfum city of France. It’s known worldwide for it’s excellent perfumes. Most of the perfumes made in France are produced here in Grasse. There are lots of perfumeshops, three big perfumemakers and a museum. We opted for a visit to the perfumemuseum.

The museum is divided in a part where you can smell the different scents, a second part where the history of perfume making is explained and a third part with trinkets.

Yuri especially liked smelling all the different flavors. We also loved doing that. Paul and I liked seeing the machines used for making perfume through history. There was also a separate part for kids. The museum is in French, but most of it was clear to me.

The museum is in the center of Grasse, we parked in a carpark, this wasn’t cheap but easy parking in a hilled city.

So these were the 5 things we recommend you do in the Gorges du Verdon with kids.

For other fun thins to do in France, check out our blog about the Dordogne. 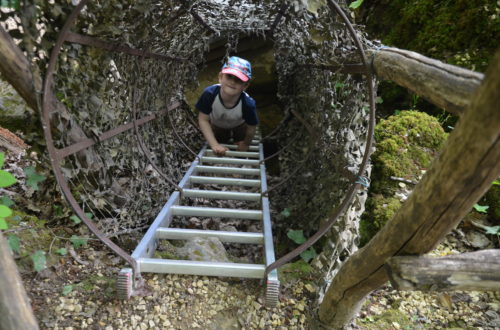 7 Things to do in the Dordogne with Kids