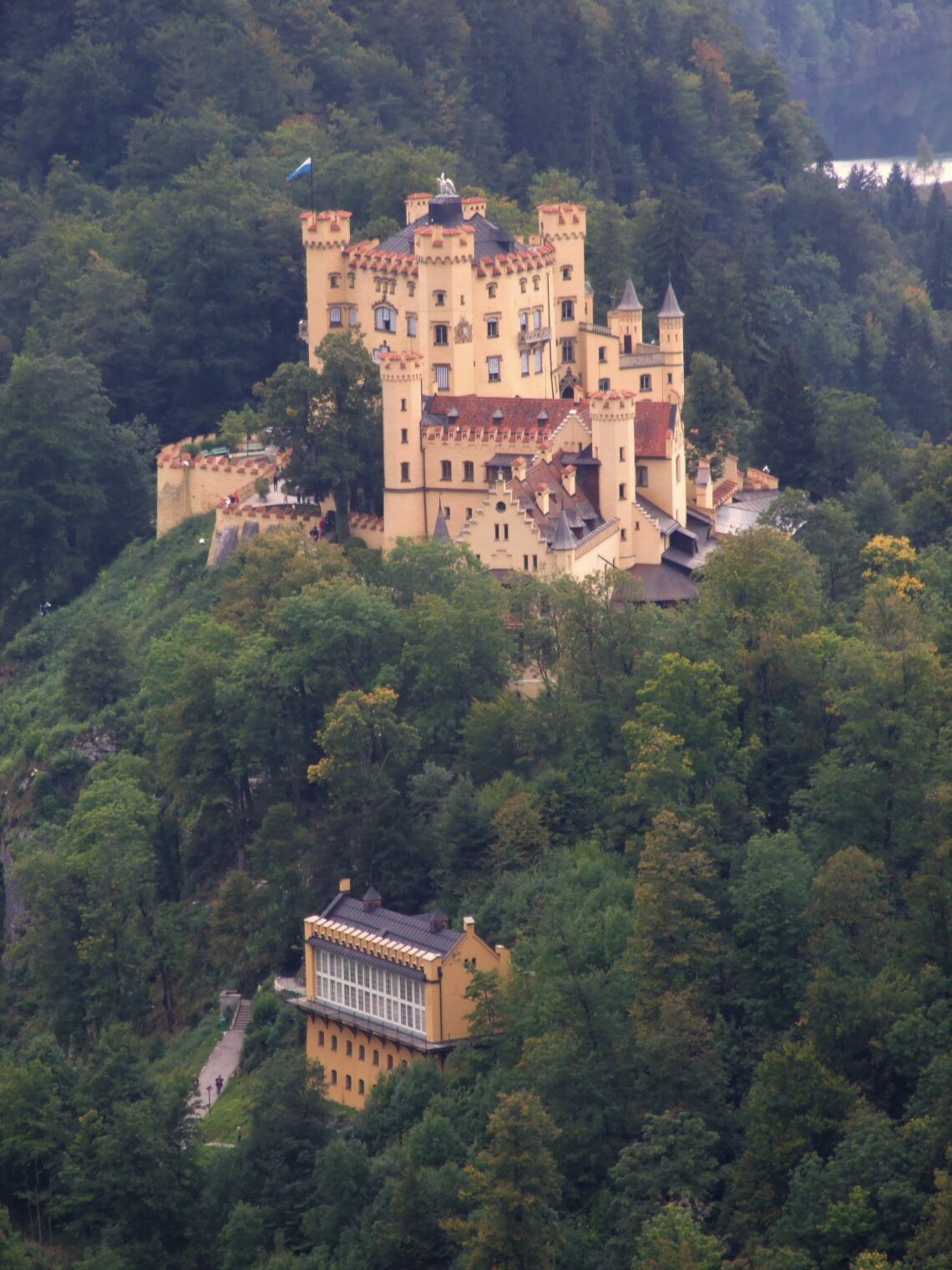 Close to the beautiful fairytale castle Neuschwanstein is the equally enchanting Hohenschwangau castle. At the end of the Romantische Straße, an epic route in the south of Germany, lies the beautiful Hohenschwangau. This castle is definitely worth your time, so read on further for the ins and outs for a visit. We’ll start with some history and details of Hohenschwangau Germany before covering when where and how to visit.

The history of the castle starts in the 12th Century with the building of Schwanstein fortress. It was built in commission of the knights of Schwangau. In the 16th Century the fortress was completely rebuilt, but later on in the century the family of the knights of Schwangau died out. After this the fortress became a ruin. In the 18th Century it was further damaged in the war with Napoleon and the war of Austrian succession.

In 1832 Crown Prince Maximilian of Bavaria discovered the ruins of the fortress during a hike through the foothills of the Alps. He immediately decided to buy it for its scenic location.

Maximilian converted the fortress into a romantic summer castle in the years 1832 till 1837. He named it Hohenschwangau. The architects of the castle are Domenico Quaglio and Georg Friedrich Ziebland. In 1848 Maximilian became King and from that moment on the castle’s use became to be the Summer and hunting residence of the Royal family. King Ludwig II grew up on Hohenschwangau, and would later on build Neuschwanstein. In 1923 Hohenschwangau became a museum.

The castle is built in Neogothic style. It has 4 corner turrets and walls with crenellation, which gives this neogothic castle a medieval look. The color of the outside walls is yellow. Outside the walls are decorated with paintings from German mythology. The symbol of the swan is omnipresent. The castle is based on a hill in the village of Hohenschwangau. The main building has 4 floors and the gatehouse 3 floors.

Inside the castle are 90+ wall paintings of the history of the castle and German mythology. Paintings are from the hand of Moritz von Schwind and Ludwig Lindenschmit. The Hohenschwangau castle inside is decorated in Biedermeier style.

We loved visiting Hohenschwangau, it was my first visit and Paul’s second. We did a tour, which went well with our baby. Sadly, we were not allowed to take pictures on the inside of the castle.

It was a bit strange, but also funny, that some of the (Asian) tourists wanted to take pictures of our baby boy and be in a photo with our son, while standing in front of Hohenschwangau and Neuschwanstein.

The castle can be visited year round. Spring and Summer give the most chance of beautiful weather. In winter time be prepared for snow. In the fall it can be rainy.

Hohenschwangau is located in the village of Hohenschwangau near Füssen, in Bayern Germany, near the border with Austria. The address is Alpseestraße 30.

You can’t park your car at the castle. Park it on parking lot P4 in the village. From here hike 20 minutes uphill to the castle or take a carriage to the castle entrance.

At the moment the castle can only be visited as part of a guided tour at a fixed time. The guided tours are in German, English or with a portable Audio Guide device. The tour takes approximately 45 minutes. The device is in the following languages available: Dutch, French, Italian, Spanish, Portuguese, Czech, Hungarian, Polish, Russian, Japanese, Korean and Mandarin.

Tickets can be bought at the Ticket Center in the village or online. When getting the tickets online, reserve them at least 2 days prior to your visit. On the day of your visit you have to get your tickets at least 1,5 hours prior to your reserved time.

Guided tour adults €21.00. Kids from 7 years and up €18.00. Kids from 6 and under are free. Free tickets for companions of disabled people. The service fee for the online shop on all tickets is €2.50. Some side notes: There’s no elevator in the castle. Keep in mind that there are 90 steps in total in the castle. Animals are forbidden.

So this concludes our visit to Hohenschwangau castle

With this guide you’re ready to enjoy your visit to Hohenschwangau. When in Germany don’t forget to visit the city of Frankfurt am Main and the Auto & Technik Museum Sinsheim. After this Southern Germany trip, the next trip we took with our son was a California road trip. Starting early with road trips for our son. 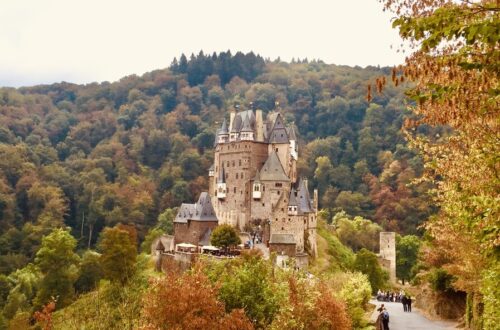 30 of the Most Beautiful Fairytale Castles in the World 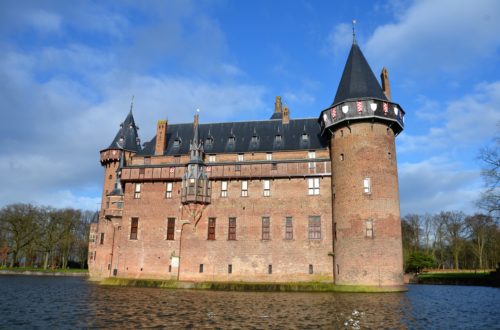 30 of the Most Beautiful Fairytale Castles in Europe