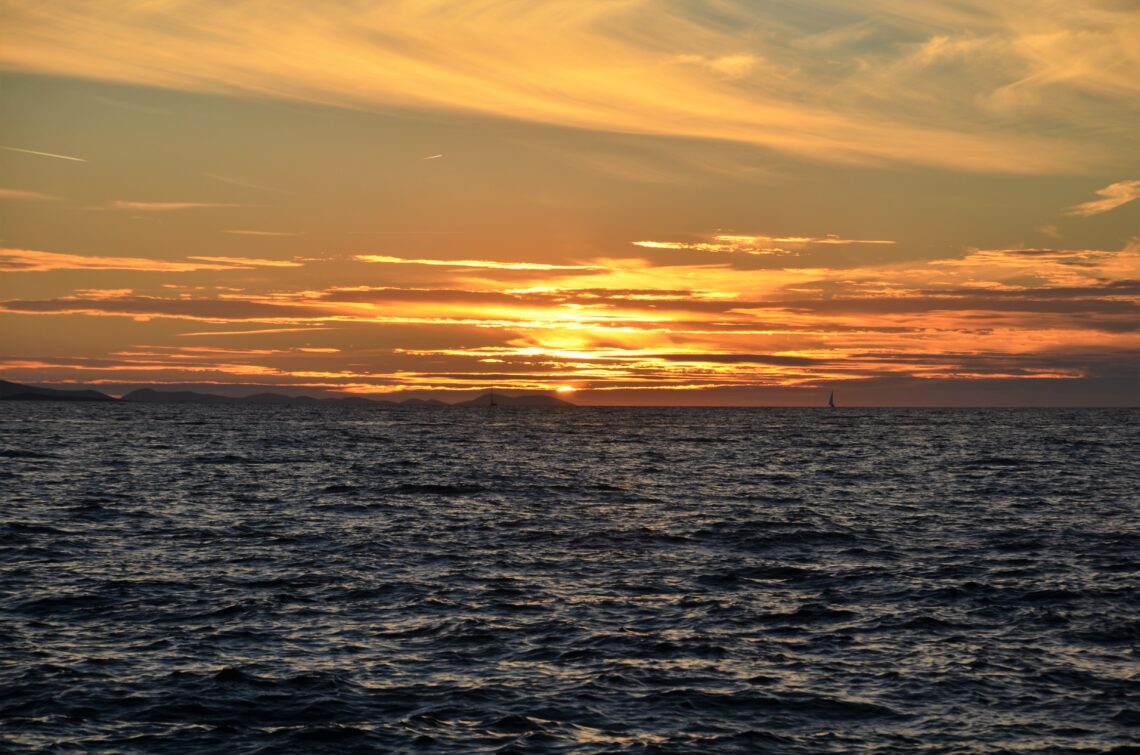 Croatia is a beautiful country, that has lots to offer to visitors. Road trips are the best way to explore, so what do you need to know before driving in Croatia? We’ve done a Croatia road trip twice, and numerous other road trips. So we know how to road trip through Croatia. During our visits, like this Balkan road trip, we’ve fallen in love with Croatia. Read on to get all the information you need before embarking on that Croatian road trip.

We are only mentioning rules for cars, not for biking, motorcycles, campers or other vehicles. For the most up to date information on traffic rules, check your country’s website on Croatia traffic rules.

Wearing a seatbelt is mandatory on all seats in the car.

When you’re visiting Croatia for the first time, you might wonder is it safe to drive in Croatia? Yes, it is. Keep yourself to the traffic rules above and others issued by Croatia. Use common sense. The most important thing is to be aware that you’re in a different country with different rules, regulations and customs.

However the roads are safe to drive on. They’re overall in good condition. There are no areas to be avoided or anything like that. Croatia is a safe country.

Where is Croatia Located

Croatia is a country in Southeast Europe. It was part of former Yugoslavia. In the North it borders with Slovenia and Hungary. On the East side with Serbia and Bosnia-Hercegovina. In the South with Montenegro. The West is coast, there’s Croatia borders with the Adriatic Sea.

The shape of Croatia also gets compared to half a t-shirt. Since it has a broad piece in the North and then a long stretch of land South along the coast. Giving the country an odd shape. The coast is littered with islands.

Why Visit by Car

Croatia is a stretched out country with lots of different landmarks and points of interest. However it’s still a relatively small country. To view a lot of the landmarks in one trip, you’ll need a car and a road trip is the perfect way. This way you can combine Zagreb, Plitvice Lakes National Park, Split and Pula for instance or Krk island, Zadar, Krka National Park and Dubrovnik. There are ample options for trip combinations and a car is the best way to visit these places on your own terms, take the time for them that you want and be able to easily reach them. By car is the best guarantee you can see a lot in only a short period of time.

The roads in Croatia are generally in good condition and easy to navigate.

Why? Because Croatia is simply a beautiful country.

First of all it has a long coast line, with lots of opportunities to swim in the sea. The beaches are mostly pebble and rock beaches, but you can easily enjoy a day on one of them. The coast line is also beautiful to just drive along with the islands you can see off the coast, cliffs in some parts and the pristine sea.

So you’ll need to visit Croatia for stunning scenery and landscapes that’ll blow your mind away.

The beautiful landscapes however don’t stop at the national parks and the coast. The islands are also worth your time. They’re gorgeous and there are many islands to choose from. We loved Krk-island, which is reachable via a toll bridge. The other islands are reachable with ferries. These you have to book (far) in advance.

Beautiful nature isn’t the only things Croatia has to offer. It also has beautiful cities with lots of history, such as Pula, Zagreb, Zadar, Split, Trogir and Dubrovnik. Some of the cities date back to Roman times and still have artifacts left over from these times.

All motorways are toll roads in Croatia, accept the ring road around Zagreb and the A7 leading from Rijeka to Krk. Some bridges and tunnels also charge a toll.

You can pay the toll by means of cash, in Kuna’s or Euro’s, or with a creditcard. There’s a toll badge available, the Electronic toll collection. This gives a 20% discount on tolls and you can skip the long waiting lines on busy traffic days. Here you can find the tariffs on toll roads in Croatia.

How Long Does It Take to Drive Croatia

However if you drive through Croatia in one day you’ll miss all the highlights and only see the toll roads. On our first road trip we spent 11 days in Croatia, on our second road trip we spent 9 days in total in Croatia. We’ve seen a lot all over the country, but there’s still lots leftover for us to discover.

Rental cars can be picked up from most airports or nearby cities. Croatia is part of the European Union, so has to comply to their car safety rules and standards.

What Do You Need to Drive in Croatia

When driving in Croatia you need to carry a valid driver’s license. Next to that you need registration documents, insurance documents and a passport as a form of identification.

If you have a driver’s license in a non-Roman/non-latin alphabet, than you need to have an International Driving Permit (IDP).

Also you need to have a reflective jacket in your car, that you have to wear when you must be outside the car in case of a breakdown or accident.

The A1 motorway, nicknamed the Dalmatina, connects Zagreb in the North with Ploče in the South. It’s a modern, multi-lane motorway.

The D1 is an inland route, connects Zagreb with Split. It passes through Plitvice Lakes National Park. This is a single carriageway road.

A6 motorway runs from Zagreb in the East to Rijeka in the West. This is a modern, multi-lane motorway.

The D66 connects Opatija with Pula on Istria (the popular peninsula in the Northwest). It’s mostly a curvey coastal road, with some pretty epic scenic views. We drove this road on our first Croatia road trip and loved it.

Croatia offers it all; hotels, campgrounds, apartments and bnb’s. In different luxury categories. We’ve stayed at all of them accept bnb’s.

We have a whole blog on campsites in Croatia, where all the ones we have stayed on are named. From luxury ones, such as Camping Beach Resort Solaris (Šibenik) to simple and basic campgrounds, such as Camping Kate (Mlini).

We’ve booked hotels and apartments through Booking and a few times just drove up to a hotel. All of them were clean, good and safe. There are all sorts here from 1 to 5 stars. Overall hosts were friendly. Not all of them spoke English, but Google translate is your friend.

Croatia can be visited all year long. However the Summer months are best. The temperatures are warm between 20°C/68°F and 35°C/95°F. Sunlight is plentiful and the water temperature of the sea is pleasant. Rain is very rare. The other months there’s more rain and windy days. In the Winter it can get cold. The North has continental climate conditions. The Adriatic coast has a Mediterranean climate. Inland behind the coast, the region around Zagreb, the Summers are warm and the Winters very cold and snowy.

July and August are the months that receive the most tourists. If you want less crowds and still good weather, June and September are best. If you don’t mind more chances of rain and less sunny days then April, May and October are good months to visit. The Southern Adriatic is your best bet on good weather these months.

What Not to Miss

When visiting Croatia there’s so much to see and do. What I think should be on your itinerary:

Tips for Traveling to Croatia

Here are a few tips to keep in mind on traveling in Croatia.

So That’s All On Driving in Croatia

Now you know all you need to know before going on a road trip in Croatia. 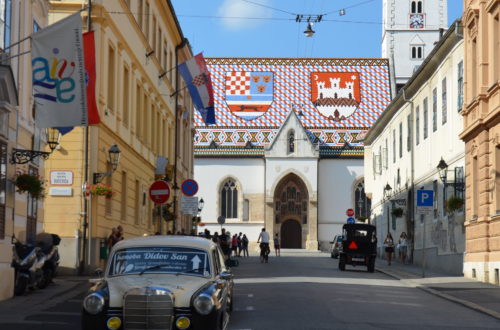 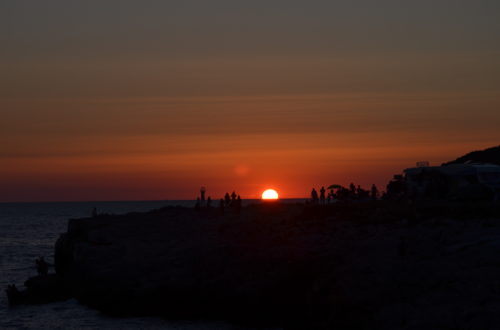 Campsites in Croatia with kids 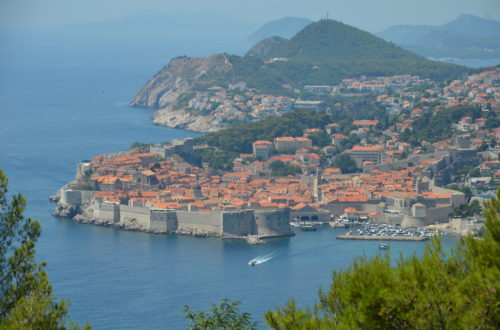 A day in Dubrovnik