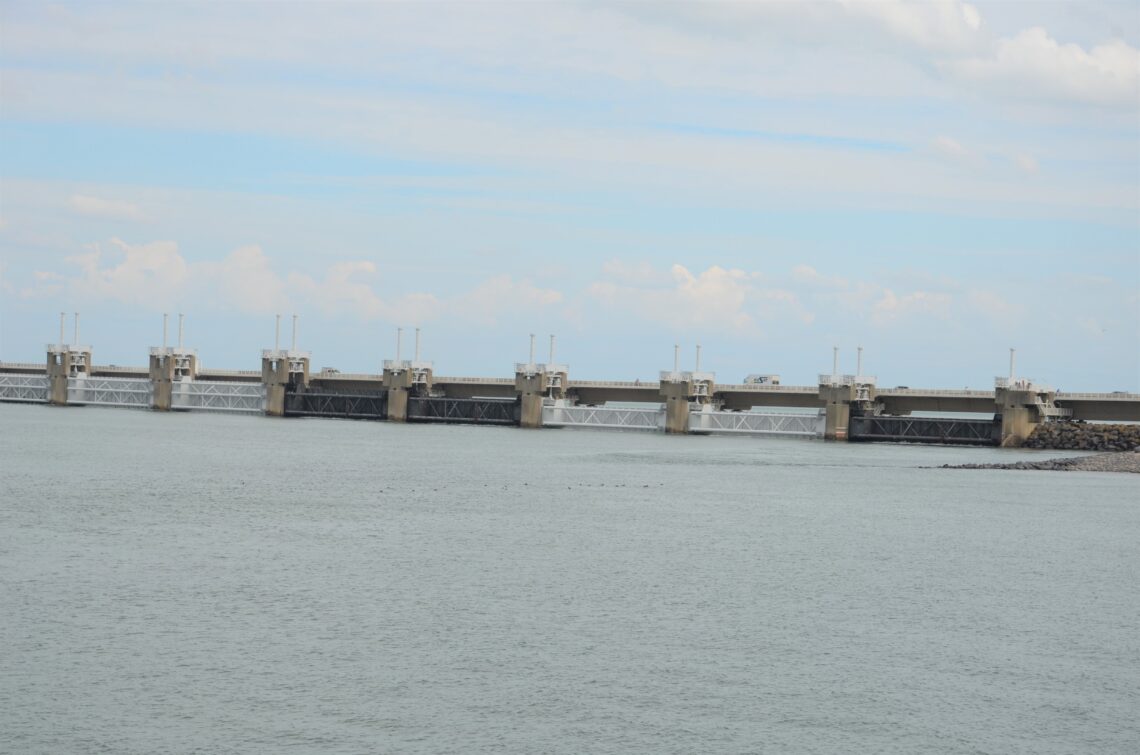 A short history of the Delta Works

In 1953 the Watersnoodramp (North Sea flood of 1953) happened, which was a combination of high spring tide and a storm tide. This caused extensive flooding in The Netherlands, UK and Belgium. There were 1836 deaths in The Netherlands and lots of property damage. The Watersnoodramp had  a large impact on the Dutch people and is still part of the educational program in schools.

The Deltawerken Nederland were the Dutch answer to make sure such a disaster would never happen again. The Delta works in Holland is an extensive defense system against high water from the sea, consisting of 6 dams, 3 locks and 5 storm surge barriers. They protect the province of Zeeland, the south of Zuid-Holland and Noord-Brabant. So basically the southwest part of The Netherlands.

The building of the first part started in 1954 with the storm surge barrier Hollandse Ijssel and was done in 1997 with the completement of the Maeslantkering. It took decades to build the Delta works Zeeland and the other provinces, since it had to be done well and it would have an effect of lots of parties. The fishing industry, the population on the islands, the shipping industry and the environmental and nature movements. Since water would change from salt to sweet, going from having tides to being stagnant and ships being able to come further inland.

The American  Society of Civil Engineers have called the Deltawerken one of the 7 modern world wonders. The coastline was brought down from 700 kilometers to 80 kilometers because of the dams.

The different parts of the Delta works

There are 14 parts compromising the whole Delta Works The Netherlands:

The last large project of the Delta works. It consists of 2 large  moveable arms of each 237 meters in length. Both arms together can close off the Nieuwe waterweg (New waterway). This way the area around Rotterdam is protected against high water from the North Sea, but the shipping industry doesn’t suffer from a complete closure.

The Oosterscheldekering is the largest storm flood barrier in the world. Before the storm surge barrier was built the chance of a flood was once in 80 years, now it’s less then once in 4000 years.

The building of the stormvloedkering (storm flood barrier) started in 1979. Originally the whole of the Oosterschelde would be closed off from the sea, but after protests they changed it to a half open stormvloedkering with sliding doors. The Oosterscheldekering was the most comprehensive of all the barriers of the Deltaplan, completed in 1986.

Before 1979 the shallow parts in the Oosterschelde were already turned into island: Neeltje Jans, Roggenplaat and Noordland. Neeltje Jans became the working island from which and on which all the work was carried out. In between the island 3 streaming channels came to be, these were called de Hammen, Schaar van Roggenplaat and Roompot. The barrier exists out of 65 pillars and 62 slides in between them.

The barrier is closed with a hydraulic system and can be closed in 75 minutes. It’s 8 kilometers in length and closes of the whole of the Oosterschelde. The Oosterscheldekering will be closed when the water is on or above 3 meters N.A.P. It stands for Normaal Amsterdams Peil, which is the same as the average sea level.

The storm flood barrier has been closed 27 times since 1986.

How to experience the Delta works Holland

Experience the Delta works while driving by car, on bike or walking. There was an official Delta works route, but it isn’t offered anymore. But you can still make the route yourself, because it’s perfect for road trips. Or you can make road trips on which you can see some of the Delta works, such as the tulip route Goeree-Overflakkee. Most dams and barriers have roads over/on them.

Deltapark Neeltje Jans is a perfect way to visit the Oosterscheldekering with kids. The former work island is now a theme park, with lots to learn about the Watersnoodramp, the Deltawerken and the animals from the North Sea and Oosterschelde. Next to that they have things like a waterslide and shows.

There’s a movie being played about the building of the stormvloedkering, a Watersnoodramp experience and you can visit the storm surge barrier from the inside.

Neeltje Jans also has boat tours to see the Oosterscheldekering from the water.

Paul and I have been to the deltapark in 2004, before Yuri was born. We loved the experience of getting up close to the stormvloedkering.

So here’s all you need  to know for a visit to the Deltawerken from one to several days. You can even make a road trip.

When you want to see more of The Netherlands look at a visit to the Hertog Jan Brewery or drive the flower route. When in search of a campsite check out these campsites in The Netherlands. 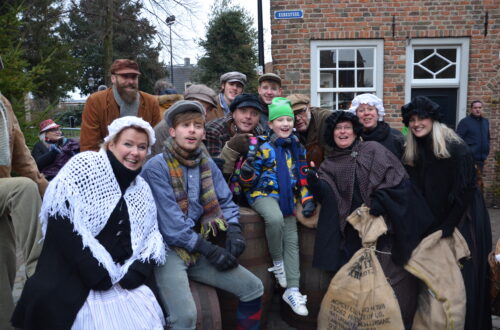