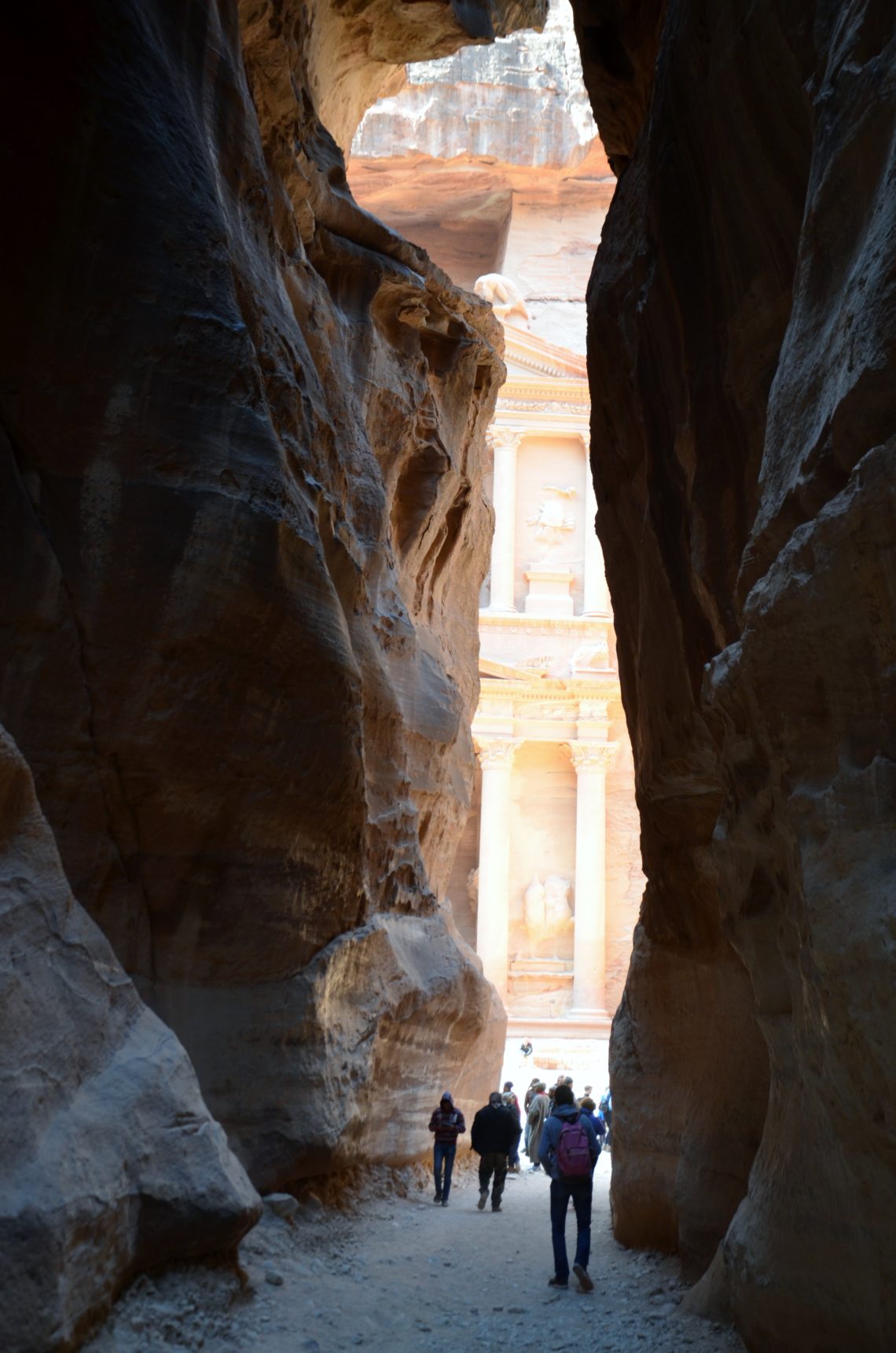 Ever since I saw pictures of Petra in National Geographic years ago I wanted to go there. In 2015 that dream finally came true. Visiting Petra was everything I expected it to be and more. We visited Petra as part of our tour through Jordan.

The start of Petra goes back to before Christ. The Nabataean, nomad people from Western Arabia, took over caravan routes. This way they founded a sort of ‘caravan kingdom’, with Petra as the blossoming capitol. Most of the buildings in the centre of Petra were built between 9 BC and 40 AC. The water plumping through the Siq is from the same time.

After 106 AC Petra came under the influence of the Romans. That’s when Petra got her present look. The colonnadestreet, temple, thermen and theatre are from the Roman era. But despite all this Petra lost it’s position to Bosra and Palmyra.

In 1812 Johann Ludwig Burckhardt is the first European to see the rose red city in ages. He told the Bedouin he wanted to visit the grave of Aäron. The Bedouin couldn’t refuse his request. In 1929 the first excavations started.

Our visit started at the visitor center. Our Jordanian guide wasn’t allowed to guide us in Petra, only guides from Petra. He walked with us till the Treasury.

From the visitor center until the start of the Siq, there are already monuments to be seen in the rocks. After this path you walk through the Siq, a small canyon. At the end of the Siq is the most famous image of Petra, the Treasury. Although having seen lots of photos of this, it was still mesmerizing. At the last bend in the canyon you get a peek of the Treasury and then you’re in the open and you see the whole beautiful building.

The rest of Petra

At the Treasury the Petra guide said goodbye and we walked further on our own. Faisal, our Jordanian guide, had gone with us and walked further with us, but not through the whole of Petra. We walked past the colonadestreet and than started on the 800 stairs up to the Monastry. The second most famous image of Petra.

We walked with the other family from our tour. Two of their children encouraged Yuri to walk all those stairs. After all the climbing we came to the Monastry, which was worth the climb. We had our lunch there, sandwiches we had taken with us from the hotel.

And further we walked

After lunch and admiring the Monastry a little bit more we walked all the stairs down again. We visited a church and the Kings graves after this. Then we walked back the same route. Passed the Treasury, through the Siq and all the way back to the visitor center. We were exhausted, after walking approximaly 12 kilometres with lots of stairs. But it was so worth it and I would do it again, visiting Petra, in a heartbeat.

The plan was to go to Petra by Night in the evening. But by then I was so exhausted that I just didn’t have the energy anymore. This is still on my to do list, since I would love to see Petra by candlelight. So we have to go visit Petra again!

From the visitor center till the Siq is 700 metres. The Siq is a small canyon, 70 metres high and in some places only 4 metres wide. The Siq is 1.2 kilometres long. So by the time you reach the Treasury you have walked almost 2 kilometres (and you have to walk the same route back). After the Siq, the canyon widens and even more after the Treasury.

The canyon itself came into existence because of a fraction in the rock.

Petra is the Greek name for the capitol of the Nabataean. The Nabataean itself called it Raqmu.

Petra is on the UNESCO world heritage list since 1985. Petra is known as the rose-red city. It’s the city of rock. These names are because Petra is known for being carved out of rose-red rocks. Despite of the names Treasury or Monastry, they’re grave tombs.

When we visited in 2015 we couldn’t see the inside of the Treasury and Monastry.

The Bedouin are ‘everywhere’ trying to sell their souvenirs. There are a few restaurants in Petra itself. The Bedouin have the exploitation rights inside Petra. Horse rides are included in the entrance fees. The tip isn’t included. Horses aren’t allowed further than the entrance to the Siq. A horse drawn cart is allowed to go to the Treasury, but it isn’t free. The price of the cart doesn’t include the tip.

Children under the age of 12 are free.

Visiting Petra is high on everyone’s list who goes to Jordan and with good reason. It’s well worth the effort and time. If you can spare more than one day in your itinerary for Petra I would certainly do this. It’s a must on road trips through Jordan. 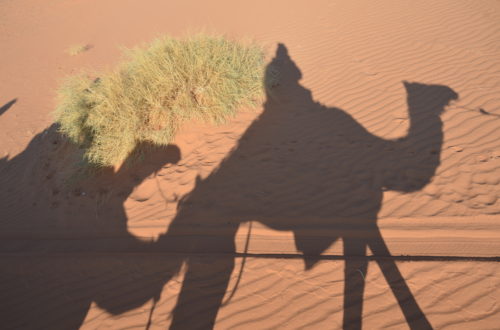