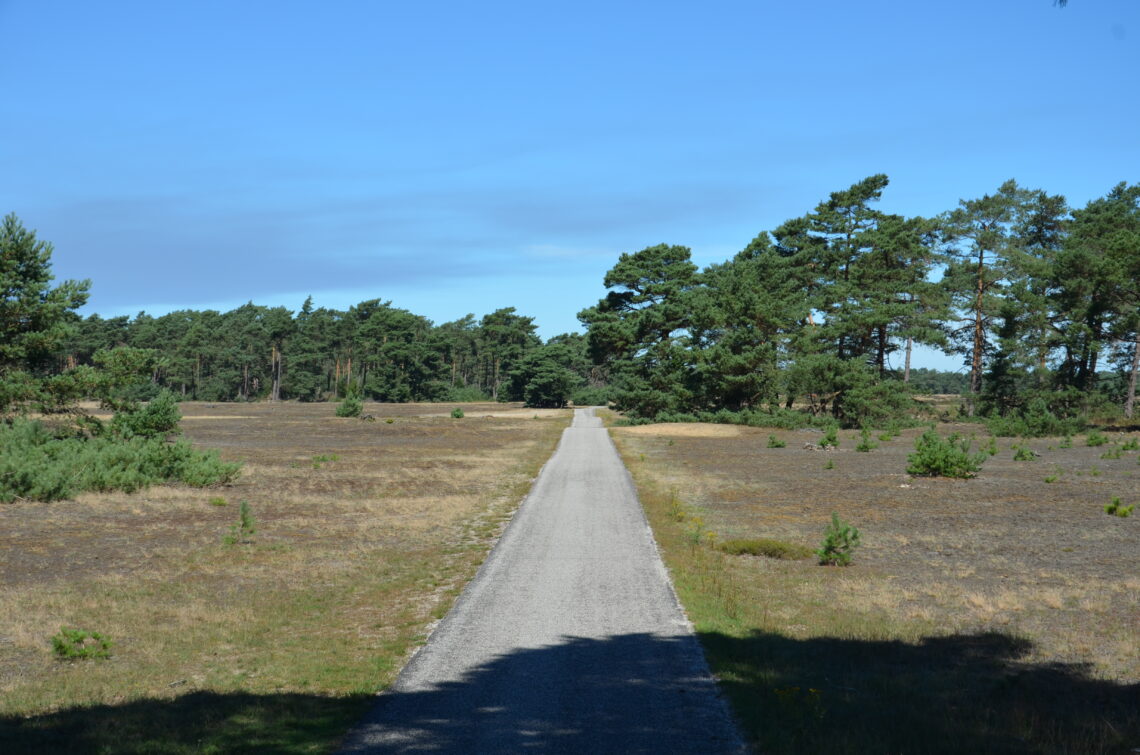 De Hoge Veluwe National Park is a park I used to go to with my parents during our vacations on the Veluwe. I have good memories of exploring this area. The beautiful nature of heathlands, sand drifts and forests. Later on I went to the Kröller-Müller museum with high school and admired the art collection. Recently Paul and I went with our son to the park. It was just as beautiful as I remembered.

National Park de Hoge Veluwe Netherlands covers 5400 hectares and is under management of Stichting Het National Park De Hoge Veluwe. The park was established in 1935. They receive about 600.000 visitors a year, that come to admire the forests, heathlands, grass plains and drifting sands.

Natural Park de Hoge Veluwe has its origins in the Stone Age. From that time on forests were cleared by chopping down trees and burning areas. The forests couldn’t regrow, since people let their sheep graze on the cleared lands. Through turfing and overgrazing the area developed into heathland and drifting sands. At the end of the 19th century the turfing disappeared and the grazing became less. Forests developed again, partly natural, partly by planting in squares for lumber cutting.

In between 1906 and 1922 Helene Kröller-Müller bought some 11.500 art works. In the same period her husband Anton Müller bought land on the Veluwe and made this into a estate, in 1917 this compromised 6800 hectares. He was the largest landowner on the Veluwe. Anton set out red deer, wild boars and mouflons on his estate. Helene’s art collection is one of the largest private art collections of the 20th century. By establishing their estate they kept in mind that they wanted to bring together art and nature.

In 1935 the couple had to sell their estate. They sold it to a new foundation, namely: Stichting Het Nationale Park De Hoge Veluwe. The art collection was transferred to the Dutch state. On July 13th 1938 the Kröller-Müller museum was opened.

The building of the Kröller-Müller museum is designed by Henry van de Velde. The museum houses the second largest Van Gogh collection in the world. They have almost 90 paintings and 180 drawings. Furthermore they own pieces of Claude Monet, Pablo Picasso, Piet Mondriaan and Georges Seurat.

The museum is surrounded by one of the largest sculpture gardens in Europe. They have some 160 sculptures on display. You can walk among the sculptures from Jean Dubuffet, Auguste Rodin and Henry Moore. As a teenager I found some of the art beautiful, others intriguing and some down right weird.

Throughout National Park Hoge Veluwe Holland you can find art, whether in sculpture form or as a building. Most of these are placed on a monuments list. It’s funny to be biking around the park and suddenly see two sculptured ponies.

One of the most important buildings for The Netherlands, the Jachthuis St. Hubertus is in the park. It is designed by the famous architect Hendrikus Oetrus Berlage. The Jachthuis (hunting lodge) is the former country cottage of the Kröller-Müller couple. It’s one of the monumental buildings inside the park. The Jachthuis can be visited with a guided tour.

A cool thing about de Hoge Veluwe National Park is that there are 1800 free to use white bikes throughout the park. The white bikes come in 2 sizes. A adult version with a child seat on it and a kids version. They’re stationed at every entrance, at the center and at the museum. The bikes can’t be locked and have to stay inside the park. You can just take a bike, you can’t claim them. So every time after parking your bike someone else takes it and you have to pick another one. We went in peak season in the middle of the Summer and this wasn’t a problem at any moment. They also have blue bikes for rent that can be locked and you can also bring your own bike into the park.

Biking de Hoge Veluwe is easy this way. There’s 40 kilometers of biking paths in the national park. You can either follow a biking route or just follow the ANWB-paddenstoelen (small destination boards).

There are amble walking paths on which you can explore the park and spot animals. Do keep in mind that you have to stay on the path and can’t venture off.

You can just go for a walk or follow one of the designated routes. You can chose from the grenspalenroute, 13 different paaltjesroutes, landschappenpad, themawandeling, belevingsroute and the Berlagepad. Going on a hike with a nature guide, on wildsafari or a children’s quest are also a possibility.

65% of the national park is forest. In the past it was 30% forest and 70% drifting sands and heathlands. The diversity in plants is high and there are many different trees in the park. The Scotch pine is the most prevalent. A lot of mosses and ferns can be found on De Hoge Veluwe. A s well as a lot of different fungi throughout the year, but abundantly in the Fall. Next to mosses, there are also a lot of lichen covering the ground.

Heathlands come in various ways in the park. The dry ones, which have the beautiful purple colors in August and September. Blooming season of the heathland is quite the spectacle. I always love to see the purple combined with the greens, yellows and browns. Furthermore there are marshes, wet mores and nardus grasslands.

The Big Four in de Hoge Veluwe National Park are red deer, wild boar, mouflon and deer. Try to spot them all, we weren’t as lucky to spot them last time. But then again we visited in the middle of a hot day. The rut of the red deer must be very spectacular to see and hear in person. This is possible in September and October. Other mammals in the park are the fox, badger and the pine marten. More than 100 species are on the endangered list, but can still live freely in the park. Mammals aren’t the only animals in the park, lots of butterflies, birds and insects to look out for. Reptiles like lizards and snakes like the park also. They’re however not easy to spot. Amphibians like the toad and frog are also present in the park.

About 1/3 of the national park is not accessible for the public, so the animals can get some rest. There are however observationhuts for spotting the Big Four or birds.

In the center of the park is de Hoge Veluwe museum, the Museonder. It’s a nature museum and the visitor center is also inside. Next to the parkrestaurant in the center is a large playground for kids. There are 4 different quests for kids: Moeffie ontdekkingstocht, Suske en Wiske avonturentocht, knapzakroute and lepelkoen speurtocht. On weekends and school breaks there are extra activities. In the Summer there are special children safari’s, on which they get to sleep outside.

The park organizes a lot of different excursions, safari’s, workshops and events throughout the year. Permits for fishing are also available. There’s also an abundance of horse riding trails.

Entrance by car to the park is possible, but limited. The national park is reachable by public transport.

Opening hours of the park are:

Not that far from the park are Camping ‘t Schinkel and Camping de Pampel in Hoenderloo. Both family friendly campgrounds.

If you don’t want to camp then a cabin at Landal Coldenhove, Landal Rabbit Hill, Landal Heideheuvel or Hogenboom Vakantiepark De Berkenhorst is a good idea.

In the center of the park is the Parkrestaurant near the Museonder, there’s a parking lot here. We had cake and a drink on the terrace here and loved our lemon cake and apple pie.

Near the entrances are several restaurants in walking distance.

De Hoge Veluwe National Park remains one of the most beautiful nature areas in The Netherlands.

Our visit this Summer will certainly not be our last one, it’s perfect to include on road trips. Looking for something else to do on a vacation in the Netherlands drive the Tulip Route Flevoland! 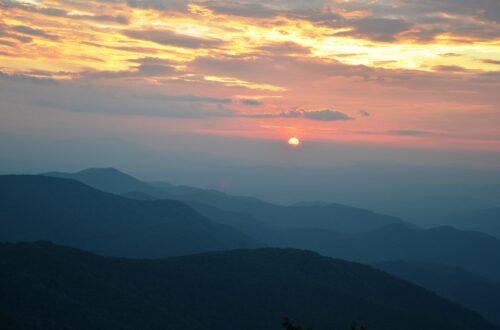 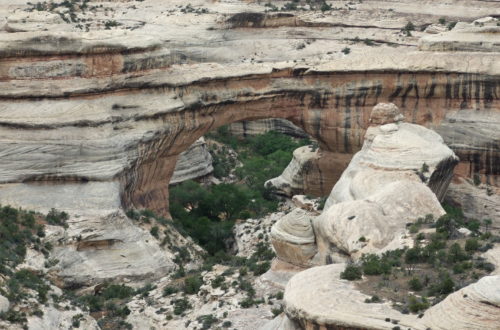 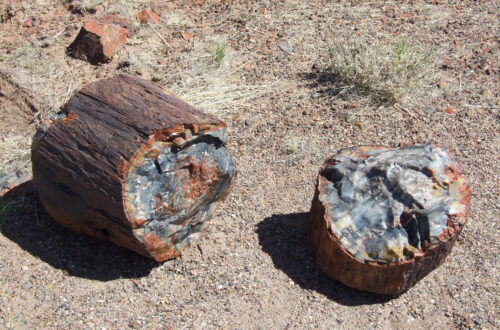