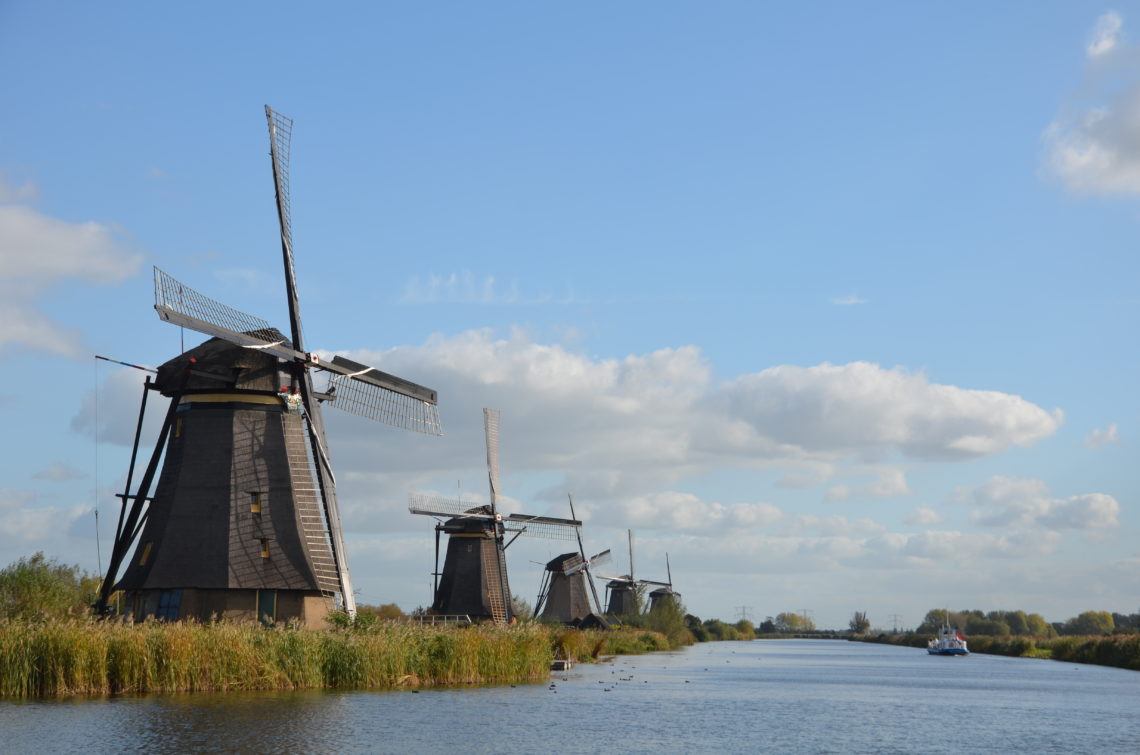 We stayed here back in the Summer of 2014 for a weekend getaway. We camped out in our small tent, but the sites are bigger and you can stay in a larger tent or with a caravan here. Next to that they also have dragon eggs to sleep in. Which are still on our to do list.

There were lots of fun things to do for (small) kids. For example there are playgrounds on each campfield where the kids can play and meet eachother. There’s an animation program with a king (and queen) during schoolholidays. For instance they came to pick up the kids in the morning with a parade and then danced or do crafts with them.

To do on and near the campsite

The campsite is neat, a lot of cool and fun things to do in the area: there’s the National Park De Hoge Veluwe, Apenheul, Openluchtmuseum, Burgers Zoo, Klimbos Veluwe, Paleis ’t Loo, Veluwse stoomtrein, Zandsculpturen and Koningin Julianatoren. We went to Koningin Julianatoren. It’s a theme park with lots of rides and shows. Walking routes and biking paths are abound on the Veluwe, so if you love that it’s easy to do here. Or drive the North Veluwe Road Trip, which takes about 2.5 to 3 hours.

The campsite has an onsite snackbar, restaurant, minimarket, sanitary buildings and wifi.

We had a good and fun experience on this campsite. The spots were spacious (at least for a small tent). The campsite was carfree, but you were allowed to drive your car on the terrain to load and onload your stuff/caravan. This was great, because this way you could just let the kids play free on the terrain. The campspots were all centered around (large) open fields with a playground in the middle. The kids could play here with ease while the parents could sit and relax and watch the kids play. There were lots of parents with other kids, fun to chat with.

The campsite is focused on families with young children. There were lots of other kids to play with for Yuri when we were there during Summer break.

It was a calm camping without a disco. The animatiomteam interacted on a fun way with the kids, completely in their role and they were nice. They knew how to include all the children in the activities. The swimmingpool was not large or with lots of extra’s, but we had fun playing with Yuri in the kiddiepool. There was a heatwave (30 degrees celsius) in The Netherlands when we were here, so a pool was perfect. They’ve modernised the pool now, since 2017 they have installed a long slide.

One of the best campsites in The Netherlands with small kids.

Another campsite in Hoenderloo on the Veluwe. There are so many campsites in The Netherlands on the Veluwe. It’s a popular vacation spot. This campsite has the same owners as campsite ’t Schinkel, it’s also close by. We stayed here for a week in the Summer of 2017. We stayed in our small tent, but you can also sleep in a log.

There were a lot of fun things to do for kids. There’s an airtrampoline, which is a favorite for Yuri. On the big field there was a large aircushon/obstacle run. It differed per day what they had there. There’s an animationteam and program during schoolholidays, Big 5 is the theme of the program.

The best of the campsite were the 2 swimming pools. They were by far Yuri’s favorite and he went in twice a day. There was a large outside kiddie pool, which was fenced and had several fun things to play with. There was another pool with a slide and which could be covered with a sliding roff and walls. The pool went from 90 to 140 centimeters in depth. As parents you can sit on the terrace or directly next to the swimming pool and still have an overview of the 2 pools.

Other fun things on the campsite for kids is that the garden gnomes walking path Hoenderloo is partly on the campsite, Furthermore near the entrance are deer behind a fence.

There are open spaces and a piece of forest where they can play and run around. moreover there’s a train (Pampel express) to pick the kids up for a show. The show was in a theater outside but covered, designed as a haystack. There’s an indoor playground, which is small. Outside there are several playgrounds scattered all around the campsite. Next to the indoor playground is an arts and crafts room.

To do on and in the vicinity of the campsite

In the vicinity of the campsite there are several attractions that are fun for families: Apenheul, Koningin Julianatoren, Openluchtmuseum, Burgers Zoo, Klimbos Veluwe, Paleis ’t Loo, Veluwse stoomtrein, bierbrouwerij De Vlijt, Zandsculpturen and Nationaal Park de Hoge Veluwe. Also bike rides and walking is easy to partake in from the campsite.

The campsite has an onsite restaurant with pizza’s and a snackbar. There’s a supermarket, laundromat, privat sanitary buildings on spots and sanitary buildings with a special childrenspart. When we were staying here you had to pay for the wifi, it’s free now.

We had a fun week on this campsite. It was the first time we did this. Paul went to work during the day and Yuri and I did things on the campsite. We didn’t venture out, since Yuri really wanted to be on the campsite and not explore. So we did that, we only explored the campsite.

The spots were spacious, we reserved a staked out place, but you can also stay at the field. We had a lovely spot in between trees. The campsite isn’t carfree, you’re allowed to keep your car on your site. Everyone drove modestly. It was a calm campsite, large but no disco.

Yuri thought the swimming pool was amazing, the kiddiepool as well as the deeper pool with the slide. The sliding roof was ideal, eather rain or shine the pool could be used. Yuri had hours of fun here and went twice a day. For me it was ideal to sit on the terrace and still had a full overview over both pools, so I could keep an eye on Yuri. Yuri’s second favorite of the campsite were the airtrampoline and obstacle run aircushion, big hits for him.

The wifi worked near the swimming pool, but a little bit further from the pool it stopped. You had to pay 1 or 2 euros a day for the wifi. To me wifi should be free and working on the whole campsite in this day and age (or don’t have wifi at all).

Yuri liked the Pampel express and show. We loved the kiddieshowers, it was ideal with a young child. The staff was friendly, the animation team was fun. There was an onsite handy elaborate store, although pricy, with bread service. It was so lovely to be in the woods all the time and to able to run and walk there. One of the campsites in The Netherlands I would easily return to.

This small and idealic campsite is in Alphen aan den Rijn, which is situated in the midwest of The Netherlands, it’s in the area called the Randstad and in the province Zuid-Holland (South Holland).

We stayed here in the Fall of 2018 for one night. We were with a campervan, there weren’t any people in tents, too cold. The other people were also in campervans, campers or caravans. There are also a few holiday rentals. It’s the smallest of the campsites in The Netherlands we visited.

Fun for kids on this campsite is the hay stack with a lot of Donald Duck magazines in Dutch, sitting areas and lots to read. Further more there are fun animals and a petting zoo. Lots of grass, ideal for kids to run and play. It’s however near the water without any fencing. For adults: we enjoyed a beautiful sunset and free sight over the water and field.

What’s close by and on the campsite

Close by is Archeon, which we visited before coming to this campsite. Other fun things are Esports game arena and vogelpark Avifauna. Alphen aan den Rijn is about 5 kilometers away. Leiden is about 14 kilometers away, a cosy university city with old buildings, canals and museums. Gouda is also close by, with the cheese market, a beautiful  city hall and syrup waffles. The area is ideal for biking and walking.

We had a fun stay here for a night. It was a fun, not too large campsite. Very clean sanitary building. A nice, friendly owner at the reception. Beautiful and idyllicly placed on large grass fields, which were well kept. We had a beautiful sunset over the polder. You could watch a lot of miles over the water and fields. It was a really calm, rustic campsite. Yuri was in heaven, since there was a whole stack of Donald Duck magazines which he hadn’t read yet.

The last one of the campsites in The Netherlands. This camper park is in Alblasserdam in the provence of Zuid-Holland. The southwest of The Netherlands. Ideal in the neighbourhood of Kinderdijk. We stayed here in a campervan in the Fall of 2018.

This camper park isn’t especially fun for kids. You’re not allowed to play with a ball here. There’s no grass or anything else for kids. But there’s free wifi, that works good. We simply stayed here because it was ideal to visit Kinderdijk. You can go to Kinderdijk with a boat, the bus or on bike. With a waterbus/fast ferry to Rotterdam or Dordrecht and than a ferry to Kinderdijk. This is what we opted for. You can also go by bike on the paths of the Alblasserwaard and Krimpenerwaard. There’s also a boat rental nearby, to explore the rivers on “your own”.

The campsite is completely on concrete, it’s a parking lot with full hook ups. It’s fenced off and there’s a small sanitary building. The site has good wifi. Another great option for staying close to Kinderdijk is Van der Valk hotel Ridderkerk, if you’re not camping.

So these are 4 campsites in The Netherlands we’ve been to and enjoyed.