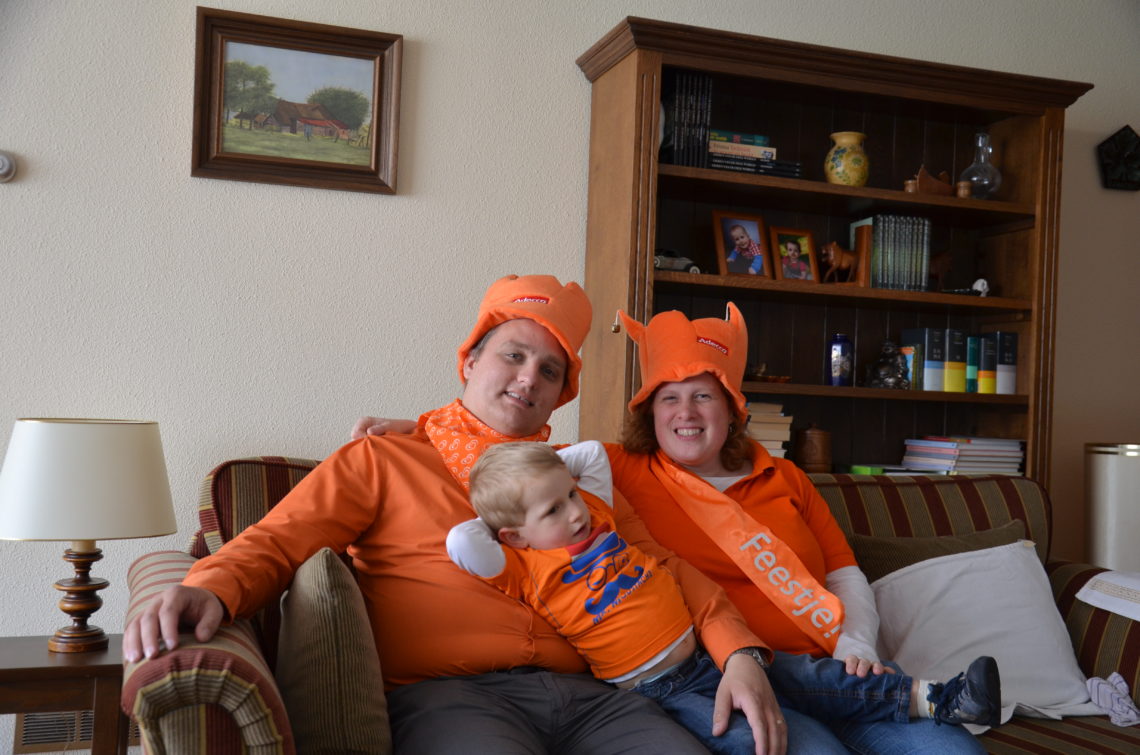 Each year we celebrate Kingsday or ‘Koningsdag’ in  The Netherlands on April 27th. It’s a Dutch national day which I love and look forward to each year. Everybody is cheerful and there’s so much to do and see all day.

Since 2014 we celebrate Kingsday. Queen Beatrix abdicated in 2014 and her son became the King. King Willem-Alexander changed the date from April 30th to April 27th. His Birthday and he changed the name from Queensday to Kingsday.

April 30th had been the date since 1949, which was the Birthday of Queen Juliana. Queen Beatrix didn’t change the date when she rose to the throne. Out of respect for her mother and since her Birthday in January was less suited for outside activities.

Each year people are honored as members in the order of Orange-Nassau. In excistence since April 4th 1892. It’s given to persons who have done more than usuall for the community. There are 6 grades in the Knights order: Member, Knight, Officer, Commander, Grand Officer and Knight Grand Cross.

How do we celebrate Kingsday?

Celebrations start on Kingsday Eve ‘Koningsnacht’, the evening before Kingsday. The festivities continue on the next day. There are jumble sales, people lay their plaid somewhere and sell all the stuff they want to get rid of. The ban on free trade is lifted for one evening and day. Because of this and that the fleamarkets are usually crowded, people claim a spot long before they’re allowed to sell anything. Although this isn’t allowed, it still happens. People mark spots with tape or ‘camp’ out on a spot. Most people can get rid of half or more of their stuff. Some get rid of everything. It’s fun to browse the jumble sales, and see what people are trying to sell.

Further more there are festivals and parties all over the country with music, dancing and drinking. There are Kingsday parties, Kingsday night parties and Kingsday festivals all over The Netherlands each year. Most parties stop at April 27th 6pm more or less. For a lot of people drinking lots of beer is the main event, this mostly happens late at night from the 26th on the 27th.

On the 27th there are also games from grandparents time, like bite-the-cake (‘koekhappen’), nail shitting (‘spijker poepen’) and sack racing (‘zaklopen’). Each year the King visits a town or city with his family, with lots of festivities surrounding that. This way the Royals want to show that they’re in contact with the people of The Netherlands. People love this and cities and towns think it’s an honor to receive the King and his family.

On each jumble sale there are also performances from kids on musical instruments, people who sell their baked items and shows by local clubs. During Kingsday everyone dresses up in orange (and a bit of red, white and blue), since orange is the color of our Royal House.

Where have I celebrated Kingsday?

Well, I grew up in Uden and celebrated every Queensday there until I moved to Utrecht. After that I celebrated Queensday in Nijkerk, Utrecht or Uden with Paul. I’ve worked on Kingsday in Utrecht, Amsterdam and Rotterdam. We’ve also been away on Kingsday, so we’ve celebrated it on Alcatraz island, in San Sebastien, on the beach in the Vendee and Legoland.

The last few years we’ve celebrated Kingsday mostly in Uden, sitting at the jumble sale with a plaid full of stuff. I love sitting there, chatting to other people. Yuri and Paul always find something while browsing the jumble sale.

Before Yuri was there and when I still had to work on Queensday we loved to stroll on the streets on Queensday Eve and see what everyone had for sale. The streets in Utrecht were always crowded.

For other fun and typically Dutch things in The Netherlands, read this blog about Hertog Jan Brewery.