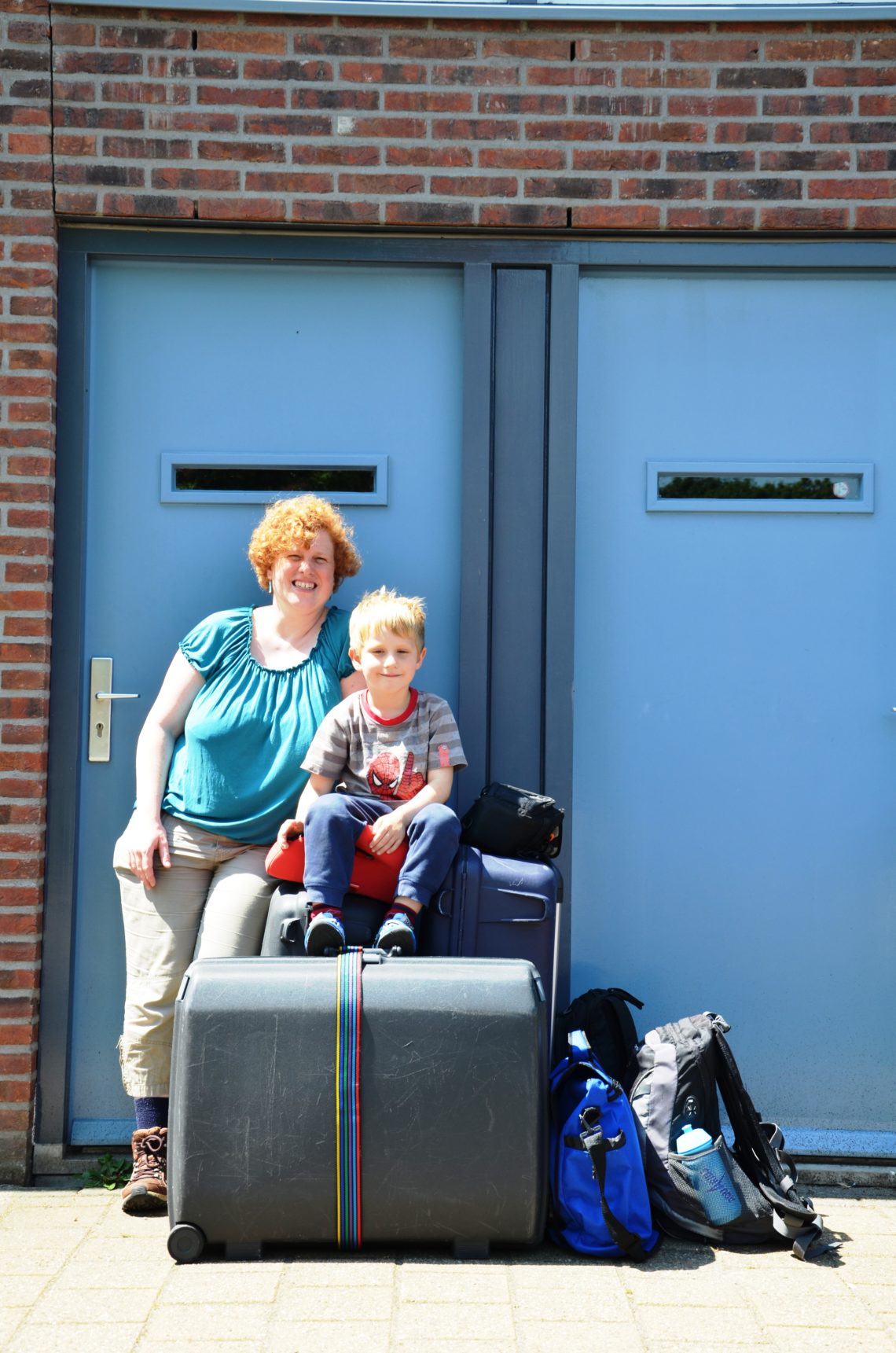 I remember as a child looking at my globe and making up journeys I could take, where I would go. I could dream about this for hours. Others dreamed about their wedding gown or being a doctor when they’d grew up. I wanted to be an archeologist and travel to Iran, Australia, the USA, basically everywhere. I dreamed of being in the Outback, like the characters of my favorite tv show The Flying Doctors. Go chasing those waterfalls in Australia. Wishing to explore the ruins of the Maya I read about in Archeology books. I wanted to backpack in the National Parks of the USA, which I read about in National Geographic. Longing to go to Canada, that far away land where my dad was born. In short I dreamt about long term traveling.

We hadn’t traveled far or long as a family with my parents, our vacations consisted of staying in a holiday rental for a week in The Netherlands. This was long enough for my mom. In those weeks we explored our surroundings by bike and saw a lot of our home country. My dad was always talking about overseas trips to Canada or Australia. My sense of wanderlust comes from deep within. I might not be that dreamy girl from my youth, the dreams of traveling haven’t faded away.

That longing to hit the open road and keep on traveling. The feeling to be together all the time. The urge to see everything, the whole World, that ever expanding bucket list. I have all these feelings and most days it feels like the only way we can accomplish, satisfy that feeling is by selling it all and hitting the road.

Why , because of all of the above. It’s an itch of strong wanderlust and it keeps on becoming stronger. With each roadtrip or getaway the longing gets stronger.

There are numerous reasons we want to travel longterm. One of those reasons is that we want to spend as much time together as a family. We enjoy eachothers company and don’t get sick of it. For Paul the time he spends at an office feels wasted, he’s not with us on the best hours of the day and that 5 days in a week. He has that Matrix-feeling. He doesn’t enjoy the rat-race. Yuri likes school, loves that his friends are there, but misses us. And I? I just enjoy having my 2 men around.

We want to make as much memories as a family as possible. Just the 3 of us, enjoying seeing our son grow up and not missing a thing. We want to be together as much as possible.

We also want to see almost everything, the whole World is our bucket list. This requires time, lots of time, more than you can squeeze in 5 weeks a year and weekends. Some of the things we want to visit won’t be there anymore or may not be the same in a few years time. Like the polar bears in Churchill, Cananda or Cuba like it is now. Either the changing climate or modernisation will hit and it will be gone or forever changed. I want to see the fall colors in New England and Maine, the cherry blossoms in Japan and New Zealand in Summer time, to name some. It’s not an option right now, because all this is outside the regular school holidays. I want to chase waterfalls in Africa and go on a safari or two.

We don’t want to wait until we’re retired, since Yuri will be grown up by that time and won’t be traveling with his old folks by then. Besides that we’ve seen too many people around us who aren’t able to travel anymore by that age or that have died a half year after retirement. Since they’re still upping the retirement age in The Netherlands, I don’t see the point in postponing. Long term traveling looks like the answer for these things.

When talking about traveling longer periods at a time, people have (a lot) of reasons why you shouldn’t do it. Some people are enthusiastic, others are in between, and a few don’t get why you would want to travel, let alone travel long term.

One of the reasons is that they can’t imagine being together that long, 24/7, is fun. They’ve had enough of eachothers company after 3 weeks or those 6 weeks of summer break. We don’t have that feeling, sure we have our irritations or quarrels, but we have them at home too. It’s just part of the deal. We’ve been on road trips numerous times with the 3 of us, and each time we’re sad that they’re ending. This was even the case after 6 weeks of roadtripping through the USA. We didn’t want to stop driving. Yuri was “mad”  for another 2 weeks for coming home on Friday instead of Sunday. He only had to go to school on Monday, we could have had 2 days extra. Never mind that he would have been in school jetlagged. So to us it’s a dream to be together 24/7, we want to spend all the time together and  traveling would be ideal for that.

It’s running away from your problems. Although there are people who use it for this, it’s not running away for everyone, it’s more a way of life. That’s what’s appealing for us. We don’t have problems, and if we had them traveling wouldn’t be the answer. Marriage troubles, difficulty in the upbringing of your kid or whatever problem isn’t solved by traveling long term.

Wait till Yuri is out of the house, you’ll have plenty of time then. Well first of all we also want to travel with Yuri! By the time he’s 18 or 21 or around that age he likely will be traveling with friends or a partner or alone and doesn’t want to travel long term with his old folks. We want to make memories as a family. Next to that he can learn a lot from traveling around. Next to that we don’t want to wait another 10 to 15 years before we start traveling long term. We can do it now, so let’s do it.

Yuri needs school for social interaction and for his further education. School is a good place for that, but not the only place to learn. On the road we would homeschool Yuri and we would find and/or stay at places where Yuri  can play/interact with other kids. There’s lots of other traveling families, who also meet up and we would want to do this.

You need a house, for security and for all the stuff you have. We don’t have any plans to sell our house, this way we can always come back. Besides I’m not ready to part from our huge collections of books and Christmas stuff. I’m also not sure we want to travel indefinitely. Next to this having less stuff wouldn’t be the end of the World. In the end we use only a few things again and again, there’s a lot of stuff in our house we never use and don’t miss when we’re traveling.

In those 6 weeks of traveling, which we’ve done twice, we didn’t miss our stuff a lot. Yuri missed the Wii U and a new stack of Donald Ducks. I missed my kitchen for some elaborated cooking. The less stuff, the less distraction from what you really want to do. It fits with minimalistic living. Which we don’t do and not going to do, but I’m infusing it in our lives and it works. Less stuff, does work better.

What’s holding us back from long term traveling?

Homeschooling isn’t something you can do easily in The Netherlands, unfortunately. When we started thinking about long term traveling, Yuri was in school already. School is mandatory from the age of 5. Since I don’t see homeschooling Yuri as a big load, Yuri is an easy learner and Paul and I can take turns in helping Yuri.

I did some research online to how easy it is and what steps you have to take to travel for say 3 months or an RTW trip. Permission for longer than 3 weeks has to come from the school inspector. It differs of people getting permission for this. It’s not even shure you can go if you have a well laid out plan and it’s in accordance with the school. There are parents who have still left for an RTW and upon return have been fined 1000s of euro’s. They all found it worth it.

There’s a way to do it without permission: sell the house and unregister. But since we don’t want to sell the house it’s not an option for us. Next to that unregistering has several consequences (like our right to AOW) which we’re not willing to take.

Compulsory education isn’t the only reason stopping us from from long term traveling. Friends and family are too. Yuri has his friends here, and those bonds are important. That’s why we would always want to come back here again. Our family and friends are mostly living in The Netherlands. Being long term away from our family is something that holds us back. Although we noticed that the 2 times we were away for 6 weeks we didn’t miss them that much. We could talk and see them using social media. Although it’s not the same as seeing them in real life, you still are in contact with them and can share ups and downs together. Traveling those 6 weeks helped on the other hand in seeing and meeting with family and friends who don’t live in The Netherlands.

What to do next?

It’s all nice to dream about it, but that doesn’t make it a reality. We’ve made some steps by traveling for 6 weeks twice, and we know now it’s fantastic. We enjoy it hugely and found it still too short. So now we should start saving and planning to go away for 2 to 3 months. To make sure we can travel that long and still pay the bills. Next to saving, we’re looking into alternative income streams. If we also have passive income and/or can work online, it would give less insecurity. We need to have it clear what our trip would cost roughly. Talk to Yuri’s school to make a plan, so chances of getting permission from the school inspector is higher. For this we need to have a plan on what we want to do and how.

What is the inspiration for these dreams, next to having a strong longing for wanderlust? That travel bug hit us hard years ago and every trip we make, makes the longing stronger. Inspiration comes from travel blogs. I started with reading ytravelblog ( https://www.ytravelblog.com/ ) and after that others followed like worldtravelfamily ( https://worldtravelfamily.com/ ), travel with bender, other families taking a RTW trip.

And the inspiration doesn’t stop with these big travel blogs, look at The Bucketlist family on You Tube. Or  Worldtowning, Family edventures, It’s a drama, Walking on travels, Christine Knight-Adventure Baby Travel Blog, Flashpacker Family, Meldrums on the move and last but not least 2 Travel Dads. Not all of these families travel long term, but do go longer periods away or travel as often as they can. Some have stopped with long term traveling, look at Travel with Bender, who have split up. Erin travels less now, but has a new site Explore with Erin.

These are all American, Australian, New Zealand and British families, however the laws regarding homeschooling/worldschooling/unschooling are different.

What else do I dream about, well you can read that here. 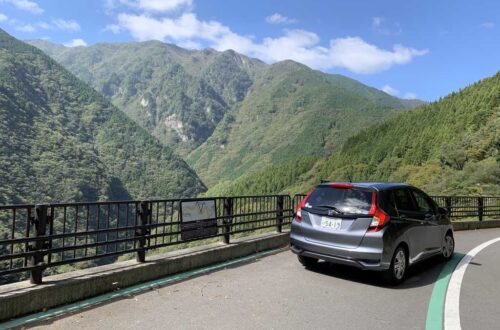 16 Tips for Surviving a Road Trip with a Baby 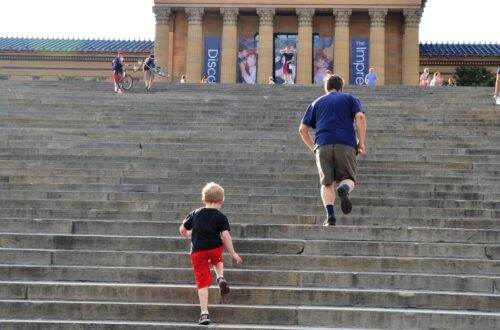 23 Tips for Surviving a Road Trip with a Kid Ideas